ELSS vs ULIPs – Which is better tax saving option? 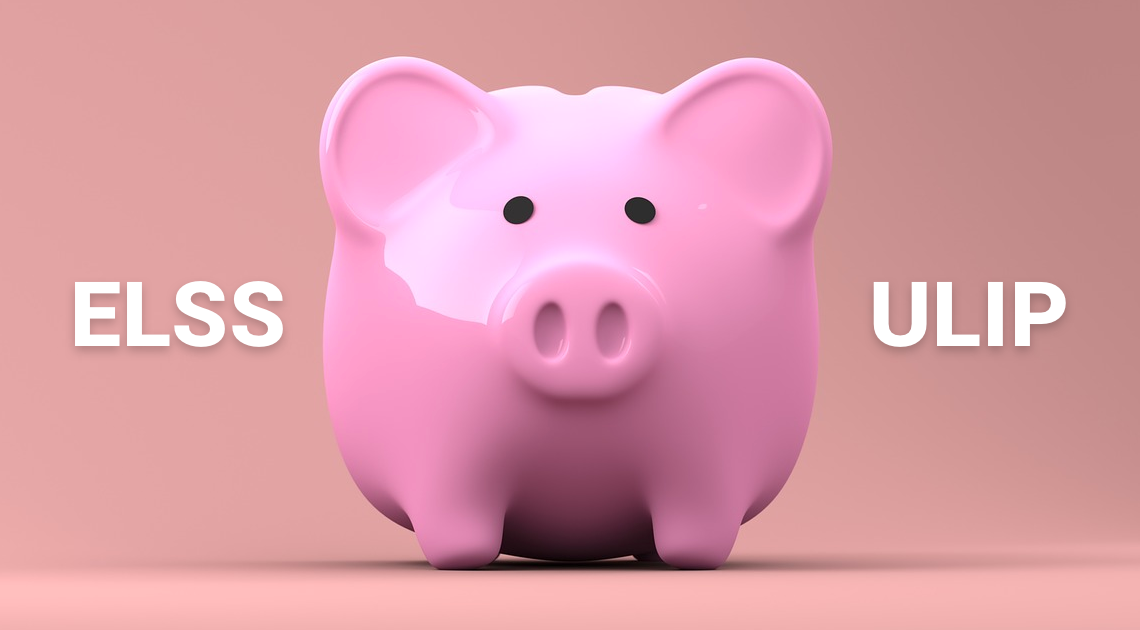 Until recently, whenever tax deduction was mentioned, Equity Linked Saving Schemes (ELSS) was the only instrument that came to mind. From Union Budget 18-19, Unit Linked Insurance Plans (ULIP) have become another option worthy of thought, with no tax on Long-Term Capital Gains (vs 10% on ELSS) while maintaining the tax deduction under Section 80C. Despite these things, here are some reasons why ELSSs may still edge out ULIPs:

1. The LTCG tax: Any investment that you hold for more than one year, and any profits you accrue thereafter are considered Long Term Capital Gains. These are taxed at 10% in case of ELSSs, while remaining tax-free in case of ULIPs. While making a choice, the investor should keep in mind that the amount of taxes paid should not be the only deciding factor for any investment. It is better to pay taxes on a profit of INR 420 than gaining a profit of just INR 100 which is tax-free. In the same sense, it must be noted that ULIPs typically take more than 10 years to provide equal profits vis-à-vis ELSSs, while also demanding regular initial loads. In most cases, the LTCG tax gives no benefit to ULIPs over ELSSs.

2. Transparency about your Investment: ULIPs are not only relatively more complicated as compared to Mutual Funds, but are also not extensively tracked and have limited data available. All this makes choosing the right ULIP for you, more difficult. Unlike ULIPs, Mutual Funds in general are known to be nearly completely transparent in the sense, there are no hidden costs, arbitrary allocation of your money, initial costs and the profile is completely open to inspection by the investor. Without this transparency, any investment is just a shot in the dark.

3. Combination of Insurance and Investment: As a rule of thumb, keep investment and insurance separate. There are multiple reasons for that, most prominently, it keeps the investor from having a clear cost-benefit understanding of either the investment or the insurance. For example, in ULIPs, from the premium paid, the insurer deducts charges towards life insurance (mortality charges), administration expenses and fund management fees, and only the balance amount is invested. In order to evaluate the return generated by a ULIP and thus compare it with another investment, you need to take into consideration only that portion of the premium that is invested in a fund. However, you cannot access this information easily.

4. Lock-in Period: Since ELSSs have a shorter 3-year lock-in period, it provides more liquidity as compared to ULIPs, which have mandatory 5- year lock-in. Solely from the perspective of tax planning, over a period of, let’s say, 30 years, you can earn ten tax breaks from recycling the same ELSS as compared to six in the case of ULIPs. Not only tax planning, but this gives you the advantage of being able to re-allocate your funds more aggressively.

5. Flexibility in Paying Premiums: ULIPs require the investor to put in regular inputs of premium every year till the defined premium paying term. Whereas, there is no such compulsion with ELSSs. This flexibility can be of tremendous importance to investors with specific investment plans/limitations.